Eldon Bargewell graduated from Hoquiam High School in 1965. He joined the US Army in 1967.

During his service in Vietnam, he earned the nation’s second highest medal for valor, the Army Distinguished Service Cross. When he retired in 2006, he was the most decorated active duty soldier. In 2010 he was the recipient of the Bull Simons Award, given by U.S. Special Operations Command to the person who exemplifies the esprit, values, and skills of the special operations warrior.

General Bargewell credited much of his success to growing up on the Harbor. “Hoquiam and Aberdeen may not be the center of the universe for business and entertainment, but it is a place where you can rise to success if you have the motivation.” — The Daily World, March 13, 2006

The MG Eldon Bargewell Foundation would like your help honoring a true hometown Hoquiam hero.

The park will have a statue of Eldon. The Foundation has agreed to commission Rip Caswell as the sculptor. Rip is a native of Montesano. His studio is in Troutdale, Oregon.

Dave Mitchell, a classmate of Eldon’s, has created three plaques for the park detailing Eldon’s service to our country, his leadership, and the honors he earned. 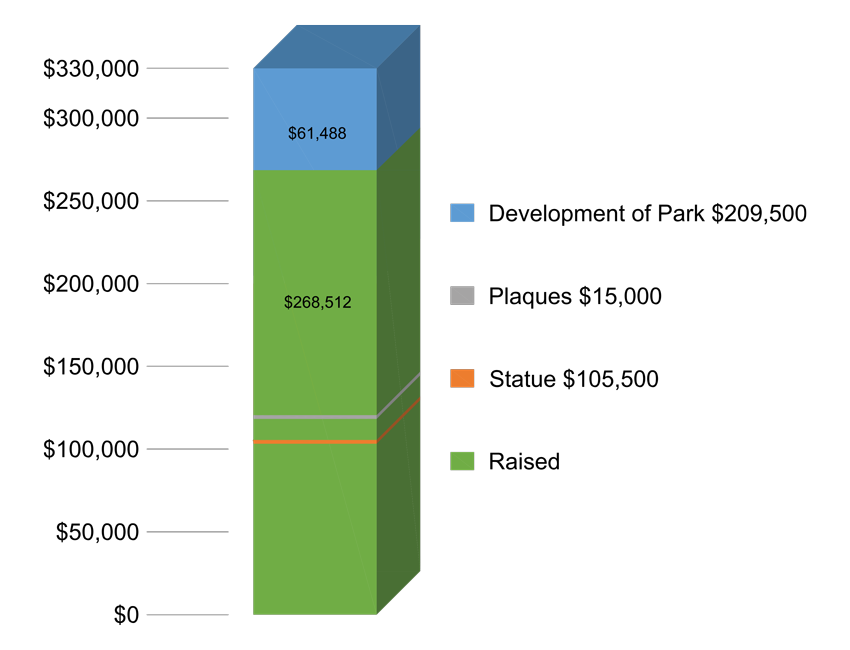 MG Eldon Bargewell Memorial Donations as of May 19, 2022

Major General Eldon A. Bargewell earned many honors during his service to our country, including the Distinguished Service Cross, our nation’s second highest award for valor, 6 bronze stars (3 with V for valor and 3 for his service) and 4 purple hearts. Please help us to honor our hometown hero by donating to the Eldon Bargewell Memorial Fund.

Eldon was my friend, my defender and comrade and peer. We shall forever miss him, he was our Prince and fellow warrior, an example and paragon of what it means to be a leader and warrior. I salute you for your efforts to honor him. I am honored to have been his comrade and friend. His sons have the same spark and light, and have and will be tribute to his memory.

Please let us know if there is anything we can help with.

I attended Ranger School. Eldon received top honors at graduation.  Years passed and I served with Eldon at the Unit on Ft. Bragg. We were friends and again worked together in the civilian world. There are a lot of things I could share regarding his heroism however what I appreciated most was his love and pride for his boys. We were all better soldiers because of Eldon’s leadership in tough circumstances.

I served with Eldon numerous times over the years, almost 20 years together. He was always first a friend and second my commander. I probably would not be here if it wasn’t for Eldon Bargewell.

Let me know what you are doing and how my association (Special Operations Association) can help you. He was one of the finest men I ever served with, my entire family admired and respected him.

I knew Eldon since 1979 and worked with him or for him on multiple occasions. I would glad be participate in any project honoring Eldon in his hometown.

This is a most deserving recognition of a great American hero.

The dedication and unveiling of a statue at the park in honor of MG Bargewell is planned for just over a year from now on Armed Forces Day, May 20, 2023. The total cost of the project has increased due inflation and donations are still needed. To donate, visit the Grays Harbor Community Foundation website. [Read More] 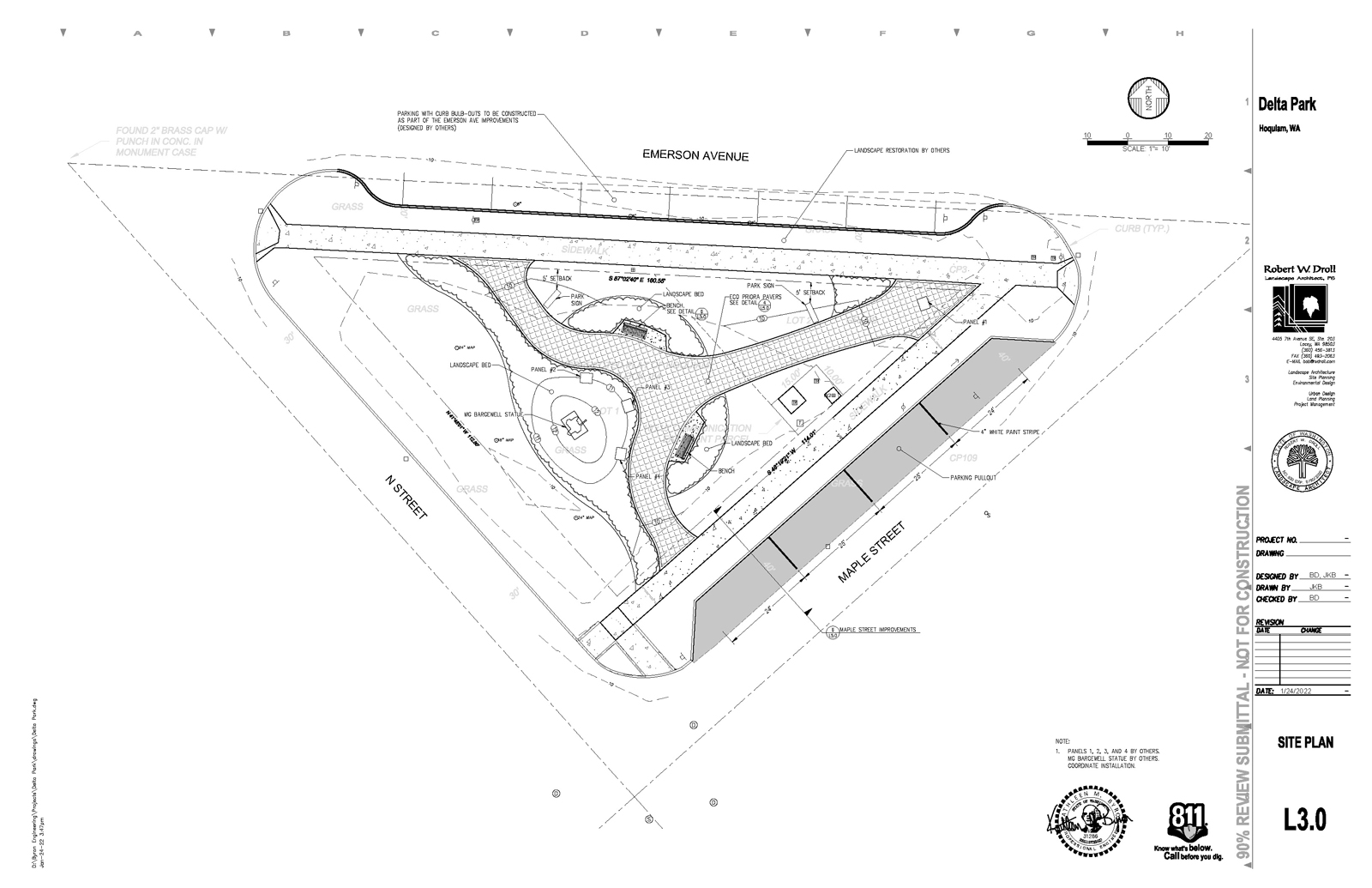 We recently added a photo section on the Delta Park page. Check out the park after Hoquiam’s recent December snowfall. More photos will be added as the park is constructed in 2022, so be sure to check back often. 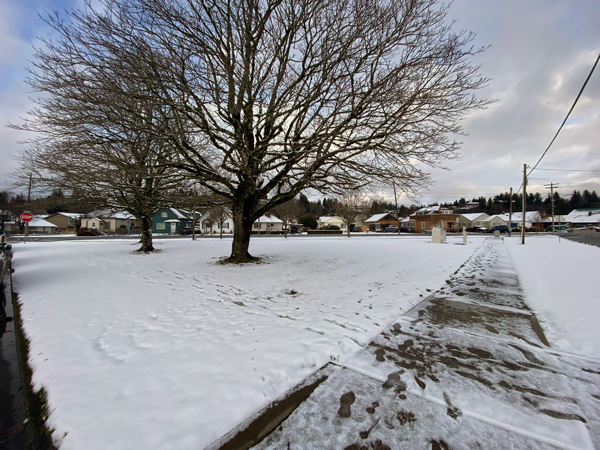 After the city’s Historic Preservation Commission considered public opinion and unanimous approval by the City Council on Monday, the new waterfront park at Fifth and Adams will be known as the Old Cannery Park. A triangle-shaped park at Emerson Avenue and N Street will be known as MG Bargewell Memorial Delta Park. [Read More] 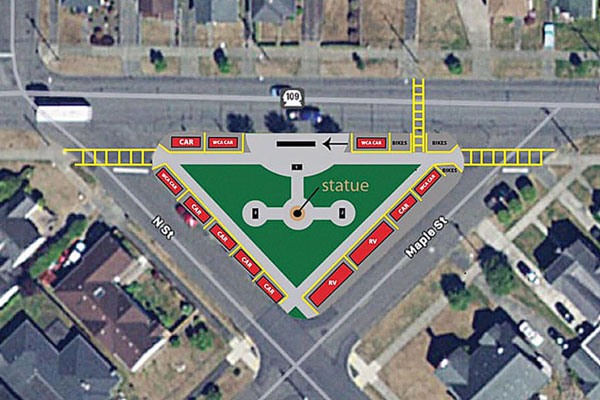 A local group is collecting donations and working with the city of Hoquiam to establish a park to honor Maj. Gen. Eldon Bargewell, a 1965 Hoquiam High School graduate whose long Army career earned him many commendations and the respect and admiration of his military peers. [Read More]

Hoquiam High School Class of 1966 graduate Jay Fry spoke to the Rotary Club on June 24th about the the proposed Major General Eldon Bargewell Memorial Delta Park project. Over half of the $300,00 buget has been raised.